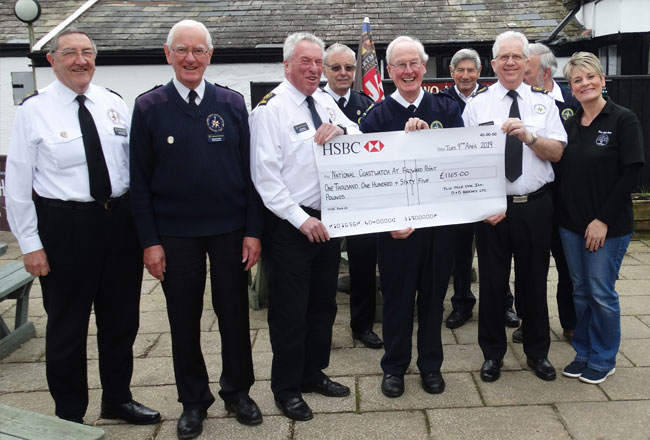 Devon in Sight is close to everyone at Two Mile Oak since this Devon-wide charity supports Chris Tester, a former Two Mile Oak Supervisor who was shot and blinded during a robbery in Antigua on Christmas Day 2016. Grahame Flynn, the Charity’s Chief Executive, said “We would like to thank the staff and customers of Two Mile Oak for their ongoing support. I am delighted that our small charity has been able to support Chris and his family on their journey”.

The National Coastwatch Station at Froward Point near Kingswear has now been given more than £5,000 over 4 years thanks to the sterling efforts of Debbie Beechey and her staff. Station Manager Glyn Watkin said “This is a wonderful contribution to the efforts we are making to improve the service we offer to mariners and also walkers using the South-West Coast Path. National Coastwatch celebrates 25 years this year and it’s only thanks to supporters like Debbie that the service has already expanded to 54 stations manned by 2,400 volunteers around the coasts of England and Wales”. 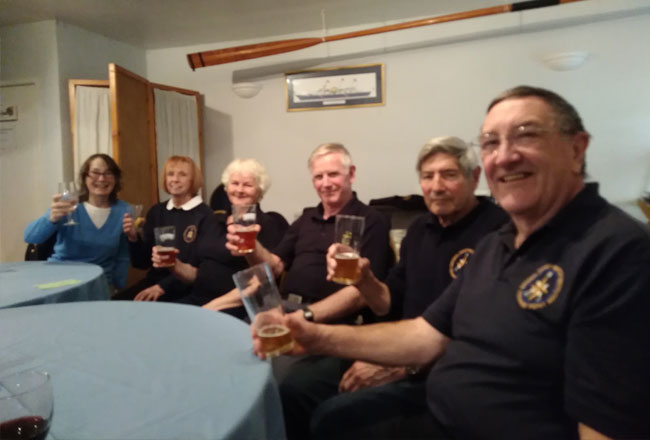 Dartmouth Yacht Club was the venue for a fun RNLI fundraising skittles
evening. Two Froward Point NCI skittles teams competed with six other teams including those from Dart RNLI, H.M. Coastguard and the Fire Service. One of the Coastwatch teams came second to the Fire Service but we never found out which! A light curry supper and a few visits to the bar rounded off a very jolly evening.

It was a cold and blustery Easter weekend for most of us as temperatures hovered just above freezing but there was a warm welcome at Café Alf Resco, Dartmouth. Café Alf Resco owner Kate Ryder hosted an afternoon cakey tea time with all proceeds going to NCI Froward Point.
Torquay Master Baker Richard and his wife Trish (see picture) kindly made and donated a generous array of biscuits and cakes for the afternoon’s event. Richard had just finished an early morning shift at the bakery and then came home to make even more cakes for the charity event!
Community spirit was well and truly alive bringing together baking, music and craft skills to encourage donations from tourists and visitors to the café. Craft kits were donated by Sainsburys and a selection of chocolate Easter eggs by Bookers Wholesalers, Paignton. These marvellous efforts resulted in the Froward Point Coastwatch Station receiving £626 towards running costs and improvements planned for 2018.
Anthony Purnell who has been appointed as the fundraising co-ordinator for Froward Point Coastwatch said that local businesses giving to charity in this way show that they care about their community and are committed to community values. He also added that he was “blown away” by the generosity of the staff at Alf Fresco’s who donated all of their tips to the Coastwatch charity.

Despite a week’s illness intervening, Royal Tunbridge Wells resident Kate Tremlett has raised £720 for the Coastwatch station at Froward Point near Kingswear by running 72 miles during September. Kate’s grandfather Alan Barrett from Paignton is a Watchkeeper at Froward Point and also one of the dedicated team maintaining the WW2 gun battery buildings leased by Froward Point from the National Trust. Thanks to three jars of energy-giving peanut butter Kate was able to achieve the fundraising via GivenGain.com in 13 hours taking 128,012 steps along the way.

Station Manager Glyn Watkin in thanking Kate said “We have several projects in mind to improve the service we offer and this magnificent effort by Kate will go a long way to help us achieve our goals. We are immensely grateful.”

Froward Point NCI Watchkeepers Tim Trent and Ian Nuttall proved their worth on the evening of Tuesday 15th August when just after 6.15 pm, a 27 ft. yacht with engine failure needed help. Liaising with Falmouth Coastguard, the Watchkeepers were able to confirm that the first two positions provided by the casualty were inaccurate as no vessel could be seen at or close to those locations. The casualty attempted to contact Dart Harbour on Channel 11 for a tow but was unable to hear their reply.
Dart ILB was on exercise and tasked by Falmouth CG to provide assistance – but unsurprisingly, the crew could not find the yacht at the reported position. Eventually, a third less inaccurate position provided by the yachtsman enabled the vessel to be spotted by the watchkeepers and from their vantage point they quickly guided Dart ILB to the target. The vessel was taken safely in tow to Dartmouth Yacht Club pontoon.
The whole event lasted over two hours and the watchkeepers eventually left at sunset, well past the normal time. It had been a long session for both them and the Dart ILB crew but one with a satisfactory result. 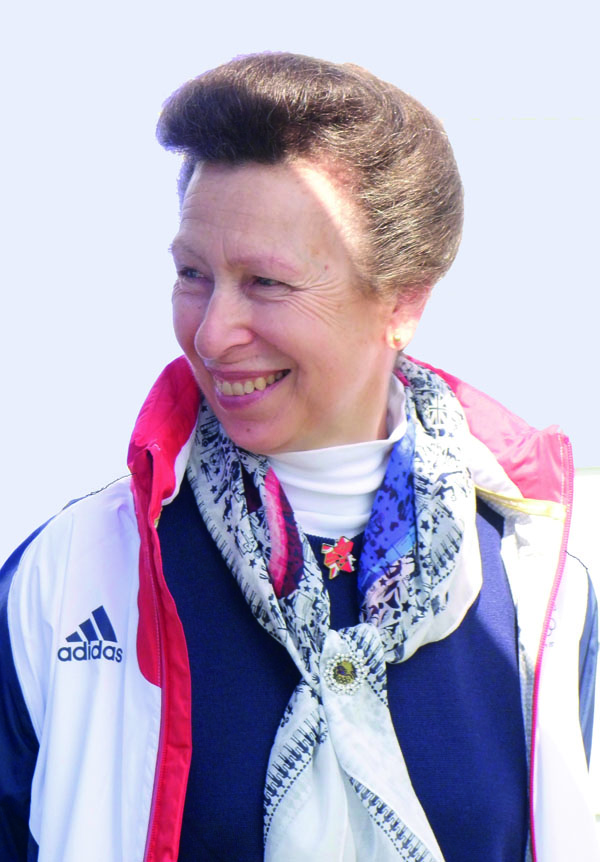 On Saturday the 12th August, NCI was informed by Buckingham Palace that ‘The Princess Royal will be delighted to accept Royal Patronage of the National Coastwatch Institution’.
This is tremendous news for the Charity and is a great recognition of the contributions and achievements that NCI makes in ensuring safety around the UK coastline. It is a huge credit to all the NCI members and supporters that the Princess Royal feels she can support us in our endeavours.
The Princess Royal is a keen yachtswoman herself, owning a succession of cruising yachts. Her Royal Highness has been a staunch supporter of NCI for many years, keeping up with our activities since the early 1990s.

The Friends of Froward have raised a magnificent £654 toward the funds of the Coastwatch station at Froward point near Kingswear. Based at the Tea Hut in Royal Avenue Gardens in Dartmouth on a breezy but sunny July day, the Coastwatch supporters sold light refreshments and homemade cakes as well as running a bric-a-brac stall and selling tickets for their July raffle. The money raised will allow the Coastwatch station to install much-needed improved flooring in the lookout later this year.

Froward Point NCI participated in a rescue exercise on the morning of Sunday 4th June. Organised in conjunction with Dart Sailability and Dart RNLI, the exercise was intended to explore the potential problems of an emergency involving people with disabilities at sea. The Sailability vessel, Farries Flyer, simulated a man overboard in the mouth of the Dart near Castle Ledge, using a “Dead Fred” dummy, and after moving about 80 yards provided another “man” overboard. Simultaneously an engine failure was simulated. Thanks to the tides and a wind of up to force 5, the two “men” overboard ended up drifting west to within a few yards of each other whereas the Farries Flyer drifted considerably to the east. After being conned to the “men overboard” by Froward Point NCI watchkeepers, Alan Barrett and Steve Westcott, the lifeboat recovered the casualties and returned to take the Farries Flyer in tow. All agreed it was a very useful exercise where many lessons have been learned.

You can call “Froward Point NCI” on VHF Channel 65.